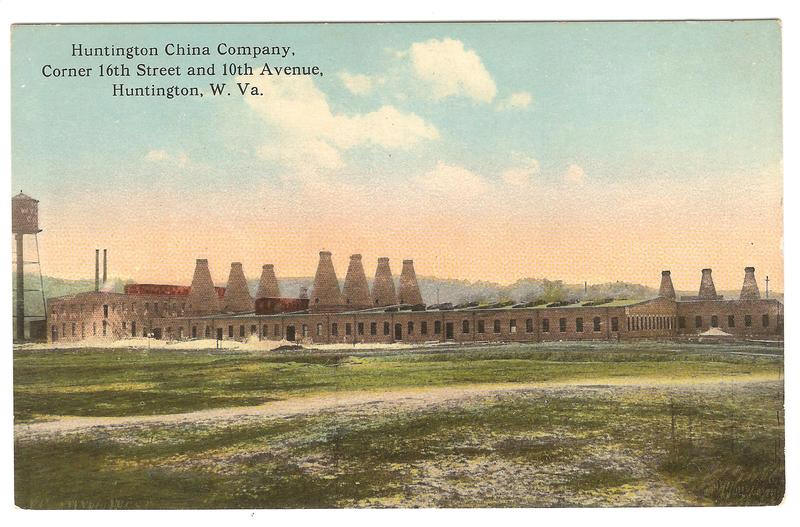 HUNTINGTON -- In 1904, when businessmen W.J. Harvey and George Fowler were looking for a town
where they could build a pottery plant, they were lured to Huntington by the promise of
bargain-priced land, tax abatements and free natural gas.

Purchasing a large piece of property on the east side of 16th Street (now Hal Greer Boulevard),
they subdivided much of it into residential building lots, which they grandly named the
"Ceramic Subdivision." They then built the Huntington China Co.
at the corner of 16th Street and 10th Ave.

The plant failed to prosper and in 1907 was sold to satisfy the company's creditors. The buyer,
Harry R. Wyllie, grew up in East Liverpool, Ohio, a center of pottery making, and as a boy
had worked in his father's pottery business. He changed the name of the Huntington plant to
the H.R. Wyllie China Co. and, unlike the former owners, made it a profitable operation.

Wyllie was a man of considerable means. In 1912, a group of investors organized the
Allegheny Sportsmen's Association to operate a hunting preserve and lodge in
Pocahontas County; They purchased a 5,000-acre tract of land at Minnehaha Springs,
stocked it with fish and game, including a herd of elk, and built an elegant clubhouse.
When the venture failed in 1926, Wyllie bought the clubhouse and grounds and used
it as a summer home. The clubhouse originally had been named Allegheny Lodge,
but he renamed it Wyllie Manor.

Willie died in 1931. His widow operated the plant for a few years
but ultimately it was closed and demolished. Mrs. Wyllie moved
from Huntington to Wyllie Manor, living there year-round until
the late 1940s when she moved to Ohio to be with her sister.

Note:  This Article and picture appeared in the Herald-Dispatch Newspaper on Feb. 10, 2014