The Lake at Ritter Park 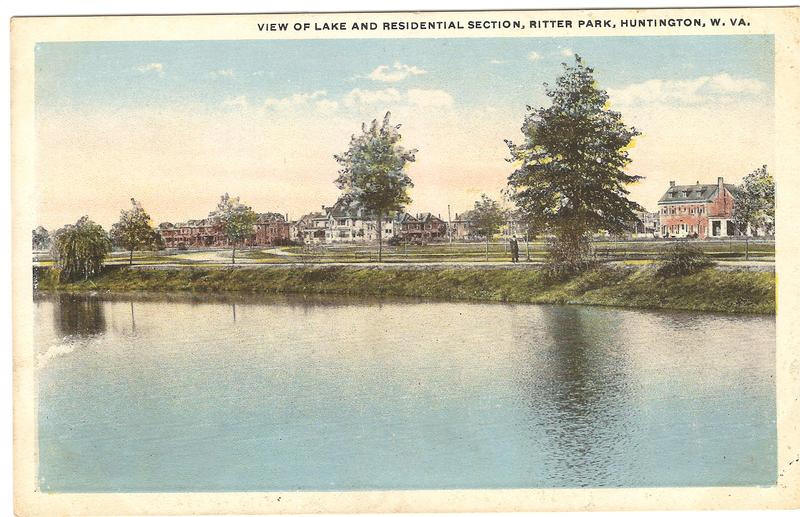 HUNTINGTON — It could have been called Switzer Park. For that matter, except for a fortunate change in plans,
it might have been home to a municipal incinerator. Oddly enough, Rufus Cook, the Boston civil engineer hired
by rail baron Collis P. Huntington to lay out his new town, failed to include a public park anywhere in his plan.
In the city’s early years, various park proposals were offered. None met with success until 1909 when
Mayor Rufus Switzer proposed creating a park from a South Side tract of land originally slated to be
the site of a new city incinerator.Timber tycoon Charles Lloyd Ritter didn’t welcome the idea of
having an incinerator downhill from his estate and so offered to deed the city additional acreage
if the site became a park. City Council took him up on his offer and Ritter Park was born.

Little was done to develop the park in its first years. One early effort proved ill fated.
A man-made lake was created on the north side of Four Pole Creek and christened
“Lake Chaposcane,” a coined name that was made up of the first letters of the names
of the city commissioners then in office.The unknown artist who hand-colored this
vintage postcard rendered the lake a picturesque blue, but in
reality it was little more than an ugly mud hole.

After a child drowned in the lake it was drained and abandoned.
The development of Ritter Park as it’s known today came later,
after creation of the Huntington Board of Park Commissioners in 1925.

Note:  This Article and picture appeared in the Herald-Dispatch Newspaper on Dec. 29 , 2013