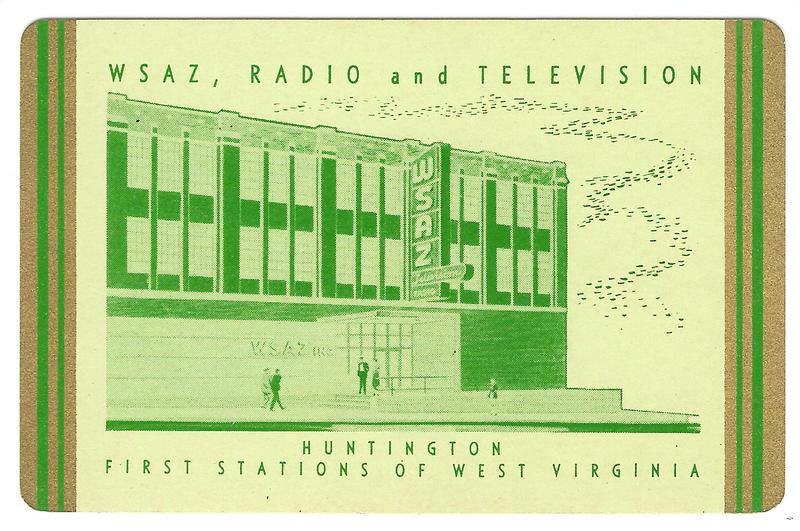 HUNTINGTON — WSAZ Radio and Television were the first broadcasting stations to air in West Virginia.
WSAZ Radio (today’s WRVC) originally took to the air in Pomeroy, Ohio, but moved to Huntington in 1927.
Originally owned by the Huntington Publishing Co., the company that published Huntington’s newspapers,
WSAZ-TV began telecasting in 1949 from an improvised studio on the 14th floor of the
West Virginia building on the corner of 4th Avenue and 9th Street.

In the summer of 1953, the fledgling station moved two blocks north to a new home at 2nd Avenue
and 9th Street. The new $500,000 studio was equipped with the very latest broadcasting
equipment and for the first time brought the company’s radio
and television operations under the same roof.

Its new building served WSAZ well for two decades but was in the downtown area marked by the
Huntington Urban Renewal Authority for demolition and redevelopment. So in 1973 the station
moved its studio and offices again, this time to its current location at 5th Avenue and 7th Street.

This sketch of WSAZ’s building at 2nd Avenue and 9th Street is taken from the
back of a promotional set of playing cards issued by the station in the 1950s.

Note:  This Article and picture appeared in the Herald-Dispatch Newspaper on Dec. 22 , 2013